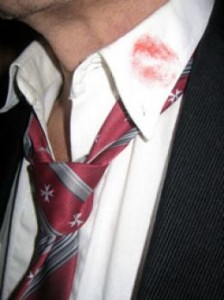 There are many signs your husband is cheating. One of the big signs of a cheating spouse is if they suddenly start wanting to leave the house as often as they can. Many men who cheat will suddenly distance themselves from you and begin spending time away in order to be with the new woman more frequently. Here’s some of the top excuses cheating men use to spend more time with their lovers.

1. Working out at the gym – This is a big one since many cheating men will also want to improve their bodies for their new lovers. It makes sense that if they have a cheating mentality they will suddenly have a new appreciation for looking better for the opposite sex.

2. Begins walking the dog more often – A husband who says he’s going to walk the dog and doesn’t come back for an hour when it used to take 15 minutes may raise a red flag in your mind. You may want to think if their is someone like a close friend in the nearby area he’s dropping in on while away.

4. Leaving early for work – Just like staying after work, leaving early can mean he’s spending time somewhere he shouldn’t be. some women check their husbands mileage to see if he is driving further than he says he is.

5. Saying they need to attend overnight seminars or conferences – You may want to check his credit card statements to see if he is paying for hotel rooms himself, or if he is spending money in romantic restaurants.

6. Wanting you to spend time alone with your family –  If your husband is trying to send you away to family it may be an excuse to spend time with his lover. You’ll want to carefully analyze his real intentions and look for other evidence that points to infidelity.

7. Saying they want to hang out with old friends they haven’t seen in years –  Many times  a cheating husband will have to create a fake persona in order to fool their loved ones in to believing they are hanging out with them instead of their new lovers. Often men who do this will not want to talk much about what they are doing and details will be scarce.

8. Taking up new hobbies or activities that get them out of the house –  If your husband suddenly says he is taking up birdwatching when he previously said he can’t stand the wilderness, it may be a red flag.

All of the signs your husband is cheating above can make anyone think that something is going on. However if you are not careful they can lead you to making wild accusations without knowing all of the facts. Before you go accusing your husband of cheating you need to collect as much information as possible so you really know the truth. Click here for more way to catch a cheating spouse right now.