It’s a sickening feeling looking for signs a husband is cheating. You don’t want to think it could ever happen to you, and often women don’t even really want to believe the truth when all of the signs are there. However, knowing the truth, and getting closure to your nagging suspicions is necessary if you ever want to have a healthy self esteem and confidence about your relationship.

Here’s ten of the top signs your husband is cheating to help discover the truth. 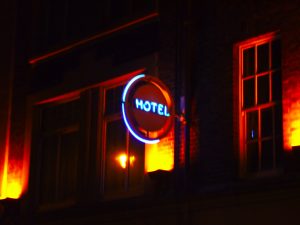 1. Staying out late and not letting you know where he is

If your husband is not calling to let you know where he is, and coming home late it could be a sign he is out doing something he shouldn’t be doing. Look out for any signs of deception such as being caught lying about where he’s been. If he is unreachable and is turning off his phone during these times it could be a red flag that he’s up to some type of indiscretion.

2. Doesn’t say he loves you as often

Saying I love you is an important part of a healthy marriage. Has your husband gotten cold and is seeming less intimate with you? Watch out for him pulling away, not wanting to kiss you, or other indications that he is preoccupied.

3. Starts criticizing you or putting you down physically

This is heartbreaking because it may say he is justifying his affair with someone else by putting you down. This could be a first sign of preparing himself mentally for cheating by telling himself that you are to blame. Whatever you do, don’t believe it. It’s not your fault if he cheats on you, he is responsible for his own behavior just as you are for yours.

4. Stares at other women

If you catch him looking at other women it can indicate that he’s lusting after something else. While he may be comparing you to her or just admiring her style, it still pays to be aware of it. Staring at women has been a natural male response since the beginning of time. However, if it becomes too much you may want to confront him about it and let him know it really hurts your feelings.

5. Withdraws from spending time with kids or you

If your husband is no longer wanting to spend time with you his mind may be elsewhere. Try to find out whats going on that is distracting him from you or the kids. If he is spending more time on the computer, what’s he looking at there. If he’s acting suspicious and erasing his browsing history you may want to investigate further.

6. Starts talking about all the negative things in the relationship

It’s common for men who cheat to begin talking badly about their spouse as justification and to make themselves feel better for their actions. Is what he is saying based in actually reality or is he trying to come up with ways to start a fight so he can leave for a while?

Does he want less sex or is he suddenly wanting to try new things. These can both be indications that there is some other outside influence on the marriage.

A husband who changes the way they talk, their slang, or manner of speech may be being influenced by someone else. One sign that many cheaters use is to start calling their wives by new pet names. It pays to be mindful of these types of behavior changes and see if you can find out what is causing them to occur.

9. Wants to leave the house often

A spouse who is always looking for an excuse to leave the house is another big indication of infidelity in a marriage. Where’s he going? Many wives follow their husbands to try to determine if he really is going where he says he is. You can use a GPS tracking device or trail him to see where he goes if you have suspicions about his honesty.

10 Hides text messages or acts suspiciously about his phone

If your spouse is hiding text messages or generally being evasive with their phone you might wonder if something is going on. Be especially aware if they are saying their talking to new female friends from work, or old girlfriends.

There are hundreds of cheating spouse signs that can help you uncover the truth about infidelity in your marriage. You deserve to know the truth.