Since ages ago, men are considered the “weaker sex” with regards to issues of infidelity with their wives and partners. Most of the time, cheating results from neglect and hurt. However, there are times when men cheat because they believe they can hide their dirty little secret among themselves.

It is thought of that 60 % of men cheat and 70% of women don’t have any idea about it. Through research and studies done by various experts and counselors, these are the most common reasons why men look past their wives and partners based from the opinions and views of different women. 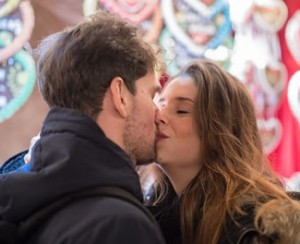 Oftentimes, especially in marriage, women are get caught up in different activities that divert most of their attention to things other than their husband or partners. When the wife is so busy looking after their children, parents, in-laws or other people, men are left unattended and without comfort. Contrary to classical myths of men being strong and unwavering beings, they are emotional creatures too. They want to be understood and given attention as well. Most of the time this reason results to affairs with a friend or co-worker who compliments him for his efforts and praises him. This is oftentimes overlooked because some men don’t want to be treated as emotional.

When a couple oftentimes engage in petty or major quarrel and the problem is not resolved in any way, the male gradually becomes disturbed and unhappy. In these instances, he is put into a “fight or flight” defense mechanism. When he fights, he tries to save the relationship through fixing it. When he flees, he engages into an affair to build his comfort zone and escape the relationship issues.

Sex is a fundamental and vital part of any relationship and marriage. Either from elusive moments of pleasure or out of boredom from spending quality time with the same sexual partner for the longest time, a number of men find extramarital relationships more as a sexual need rather than an alternative choice. They feel the urge to have sex with different partners without rational thinking. It It is believed that engaging in this kind of activity makes a man sexually powerful.

There are moments when men think maintaining a relationship is a tiring and boring cycle. Sometimes, they feel the need to initiate a spark outside of their relationship as an exciting opportunity where they can practice their dominance in an affair. Engaging in extramarital relationship or affair allows men to have a new and thrilling experience. The obstacle in this kind of mentality boils down to two dilemmas: giving in to gratifications versus working on to fix relationship issues.

Psychologically, any experiences in the life of a child may affect the development of a person in some ways. Instances like witnessing cheating among their own parents signals an idea that cheating is good, even though they are aware that it is wrong. There is an acquired learning in this kind of experience wherein the saying “all things are learned from our parents” in practicing this kind of risk.

Take a look at this page of the types of men who cheat to see if your guy fits the profile of a potential cheater.